We just returned home from the most beautiful, serene vacation spot in the world: Maui. Check it out! 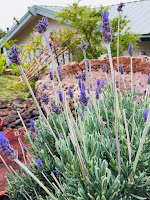 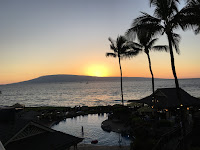 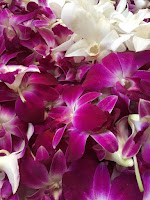 So much beauty everywhere!

The weather, the view, the people, the sand, the surf...it was all amazing. What  really made it perfect, though, was that there was plenty of time to read. All four of us fell into magical reading grooves just about every afternoon, when the sun was the hottest and we needed breaks after morning activities. There literally is nothing I'd rather see than my 3rd grader and my 6th grader lost in books on a tropical island. I really should have taken a picture of them doing just that...but I was too busy reading myself, of course. Come on, let me tell you about what I read!

In the Vacation Bookbag:


I read a number of books over the last week and a half, but since I was on vacation, I didn't write up reviews on all of them. I did make a point, however, to reflect on Alan Brennert's Moloka'i, a true gem of a beach read. I discovered while beach browsing on Amazon and found especially meaningful due to the fact that I had a clear view of Moloka'i itself every time I looked out at the ocean. Here's my review:
_________________________________

On vacation in Maui this week, I wanted to read a novel about Hawaii that wasn’t 1000 pages long and 60 years old (Aloha, James Michener!). A scamper through the googlesphere led me to what turned out to be a gem of a book. Alan Brennert blends Hawaiian history with some really lovely fiction to tells the story of a young Hawaiian girl named Rachel. Rachel is diagnosed with Hansen’s disease - better known as leprosy - near the end of the nineteenth century, when she is only 7 years old. With little fanfare, she is hustled off to live in an encampment for “lepers,” where she is expected to die from the disease. As it turns out, Rachel’s life is far from over, and we watch her grow up on Moloka’i. Moloka'i is one of the 8 major Hawaiian islands and is known (ironically, after reading this book) as "The Friendly Isle." The Hawaiian government created a leper colony on a tiny peninsula on Moloka'i that was surrounded on by immense cliffs and a beach. In 1866, they opened the colony and mandated quarantine for anyone who contracted leprosy. The first patients literally were thrown off the boat and had to swim for shore, only to discover there was nothing for them: no foodstuffs, housing, clothes, medical facilities. Eventually, a settlement developed and came to be known as Kappalua. The mandatory quarantine was in effect - and the colony still operating - until 1969! Over 8,000 people of all ages were imprisoned in Kappalua over the course of its operation, and a small number of survivors live there even today. These days, visitors may tour Kappalua but must obtain special permission.

Brennert manages to create a very believable set of characters in whom the readers become invested, and despite their unique circumstances and challenges, the fictional population is easy to relate to. By drawing out the humanity of those who lived in exile both physically and spiritually, Brennert gently challenges the reader to recognize that chronically and/or terminally ill populations are just like the rest of society. He develops additional layers of nuance and understanding by placing this story within the context of Hawaii’s modern history, which sprawls itself across the pages and years in indelible fashion.

All in all, Moloka'i sparkles. Readers interested in historical fiction, human drama, complicated families, Hawaii - or those just looking for a really great beach read! - should pick it up.

(Please feel free to check out my full Goodreads profile here and friend or follow me!)
_________________________________
You know how sometimes the book gods smile down at you and deliver the perfect book for your exact circumstances? This was one of those books for me. Sadly, I didn't discover Brennert's work until there were only a few days left of our vacation and I wasn't able to organize a visit to Kappalua. Guess I'll just have to go back! I'm burning to see the settlement.

I devoured several other books, too, of course: John Green's Turtles All the Way Down, which actually lived up to all the hype around its publication; Alice McDermott's grimy-yet-beautiful dive into a turn of the century Irish-Catholic working class neighborhood in Brooklyn, The Ninth Hour (link goes to my review); and Seanan McGuire's latest in the Wayward Children series, Beneath the Sugar Sky. I'm sorry to say that I found the McGuire book somewhat limp. I had such high hopes for this series after reading the deliciously dreary Down Among the Sticks and Bones, but the other books haven't even come close to that effort. Alas!

Bookish and Creative Stuff:
I did my best to steer clear of news and, basically, the interwebs in general over vacation (but couldn't escape the whole "a ballistic missile is headed your way, Hawaii" business, since WE WERE IN HAWAII AT THE TIME! Argh!), but a couple of items broke through the filter and stuck with me that I wanted to share:

If you're looking for a seriously good tale, you should scramble over to Amazon and pick up Hannah Tinti's The Good Thief, which is on sale for only a buck-ninety-nine! (Kindle edition only) It has thieves and hucksters and pirates and orphans...and a rollicking plot that will keep you reading long after lights out. One of my favorite books over the last 5 years; it reminded me of the classic adventure tales that all kids somehow absorb through reading, listening, or osmosis. I was really excited when Tinti dropped The Twelve Lives of Samuel Hawley last year, and although it's been near the top of my queue since publication, I still haven't gotten to it! Maybe by the end of the month. Remind me about it, would you?

With immigration front and center in political culture right now, take the time to check out "Ventana" over at Guernica.  Written by a former Border Control agent and published several years ago, it only takes a few minutes to read but sears itself into your mind.

Finally, if reading is just too much to handle today, then treat yourself to this amazing pairs routine by Vanessa James and Morgan Cipres, who will represent France at the Olympics in a few weeks. If you don't at least sniffle at the extraordinary artistry on display, well...


My Personal Book Forecast For the Week Ahead:
I am just finishing up Souad Mekhennet's extraordinary memoir of her time investigating Islamist jihad movements in the Middle East, I Was Told to Come Alone and I can barely wait to tell you all about it! Then I'm going to get back in touch with winter and read Katherine Arden's The Girl in the Tower, which is a follow-up to her icy, terrifying, utterly irresistible Russian fairy tale, The Bear and the Nightingale. I also haven't yet peeked at Chloe Benjamin's The Immortalists; am eager to return to and finish The New Jim Crow; feel like it's finally time to read The Girl with the Dragon Tattoo; and need to speed-read Cassie Beasley's Tumble and Blue, since I stole it many weeks ago from my daughter's school library whilst volunteering and am starting to feel really guilty about keeping any longer. And of course, I just never know what else may strike my fancy! What's at the top of your TBR stack?